After winning a brilliant silver at the Europeans and then being named 2021 Disability Sport Wales Athlete of the Year, Benjamin Pritchard hasn’t stopped smiling. Caroline Roberts catches up with him

On 11 April Benjamin Pritchard scooped a silver in the PR1 single sculls at the European Rowing Championships, coming second only to Roman Polianskyi, 2016 Paralympic champion and current world champion. The next day he was named as athlete of the year by Disability Sport Wales.

“It’s a huge honour!” says the 29-year-old. “I’m a very proud Welshman and Wales always comes first for me, so to be given a Welsh Sporting Award is really humbling, especially against the other finalists!”

Celebrating his April achievements with new beans from his favourite coffee roaster, Benjamin says: “I haven’t stopped smiling. Going through all the messages of support and congratulations I received really does make all the sacrifices we are making right now worth it! So, thank you everyone that’s been in my corner!”

Being able to compete on the water at the Europeans was “incredible” he says.

“As an athlete it is what we train for. It’s what drives us.

“The best thing I took from racing were the lessons that we learned from the international field and how I need to adapt my training / focus in the lead up to Tokyo.”

“I really miss the release of going back home to Wales, my family and the beaches”

For Benjamin, the postponement of the Paralympics has been both a blessing and a curse. “I’ve got an extra year’s training under my belt, I feel more settled in the squad and have been a full-time athlete for a bit longer. But I was on an upward trajectory and was hoping to ride that wave. In December 2019, I broke the 2k indoor world record and everything seemed to go well.”

The past year has had other challenges too. He has had surgery on his arms to relieve the pressure where the muscles had grown too big for the fascia, the covering of connective tissue. It’s a common problem in wheelchair-using Para-rowers as pushing the chair means the muscles never get a rest from training. He also contracted COVID over Christmas, which wiped him out for two weeks. Nevertheless, he says, “I still feel in a better position, and that’s an exciting thing.”

For someone who doesn’t like to hang around, the enforced hiatus has been hard. His competitive cycling career was ended by a racing crash in 2016 that left him paralysed from the waist down, but he was soon spotted by the Para-rowing development team while undergoing rehab at Stoke Mandeville Hospital. By 2019, he had made the GB squad, picking up bronze medals at the Gavirate International Regatta and at the World Cup, then narrowly missing out on bronze at the World Championships that year. It was this that prompted his decision to leave his job in insurance and train full time.

So how has he coped during lockdown, the first part of which he spent back home in Wales?

“The end of March and beginning of April is when you’re starting to ramp up for racing but then all of a sudden, we’re being told we have to go home. We did some fun things on the erg – I rowed the Mariana Trench, did a stage of the Tour de France and climbed Everest. I did struggle with motivation, although not with training because I love training, but because we didn’t know at that stage if the Games would go ahead.” Squad members also took part in the inaugural Global Virtual Rowing Challenge, with Benjamin coming away with first place in his category.

“I made some great friends at Twickenham RC, and City of Swansea RC put me on the water for the first time”

In September, he took the decision to move east and live close to Caversham, rather than travelling between Wales and the GB training base each week as he did during 2019/20 season.

“I thought: what are the things I did wrong in 19/20 that I could get right now? One of them was to live up here full time, so I’m closer to training. Luckily, Megs [his fiancé] supported me. She moved up here as well and got a job.

“Now I’m able to train consistently and not feel wiped out all the time. It’s been great, but I really miss the release of going back home to Wales, my family and the beaches. It’s the one thing I’ve struggled with during lockdown. I can’t wait to get back, be able to pick up the phone and say to Mum I’m coming over for a cup of tea.”

And does he have any advice for aspiring Para-rowers?

“As an athlete you want to be fast, and you want to be fast now – you don’t want to wait. My biggest advice is don’t rush. Just enjoy that time of learning a new sport and the speed will come. Immerse yourself in the culture, get yourself to a local club and work your way up. I made some great friends at Twickenham RC, and City of Swansea RC put me on the water for the first time and looked after me. All these people in those clubs are now coming to my wedding. They’re a huge part of my life.”

Like the Paralympics, the wedding has been a while in coming.

“It was meant to be this September. We planned it to be the year after the Paralympics as we didn’t want both in the same year, but COVID had other ideas. Then our venue got used as a vaccination centre for a year, so we’ve now pushed it back to next March. I was having that conversation with Tom Dyson [Lead Paralympic Coach] about when works with rowing and he said, ‘This needs to be about when works with Megs, not what works with rowing. Just let Megs choose the date.’ So, we’re having a spring wedding.”

With the European Championships done, the main focus is now on the Paralympic Games in August – it’s a case of coming off the gas, building yourself back up and refocusing, says Benjamin.

He adds: “I’m just hoping that at some point during that the regulations will allow me to get some time off back in Wales. Just a couple of days would be nice.

“There won’t be any international fans in Tokyo, and yeah, I’d love my family to be in the stands but I fully back that decision. I know they’ll be watching on TV and I’ll still have their support.”

Photos by AllMarkOne and Getty Images

END_OF_DOCUMENT_TOKEN_TO_BE_REPLACED 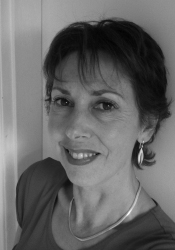 Caroline Roberts is a London-based freelance journalist. She writes about sports coaching, fitness and health for a variety of publications.

All articles by Caroline Roberts

How to recover mind and body