Back in February, Andrew Randell was appointed GBRT Women’s Olympic Head Coach. Martin Gough caught up with him as the women’s squad prepared for World Cup 1 from 27-29 May

Great Britain’s women go into the opening World Cup regatta of the season with a new Olympic Head Coach at the helm. This weekend will be a first chance to find out whether Australian Andrew Randell is on the right track to achieving his goal of a world championship medal at the end of the season.

Randell moved to the UK at the beginning of February to take on the role of women’s Olympic head coach after a worldwide search was launched.

“I don’t expect to keep my job if I don’t win medals,” he says frankly.

“If we can win a medal somewhere this year, from the lightweight women or sweepers or scullers then that would be great.

“We’ve set our Paris [2024 Olympic] medal targets but there are other targets too – the non-tangibles; the culture, the feel, the longevity of the programme and whether we can keep athletes for three or four cycles. They’re all important measures as well.”

END_OF_DOCUMENT_TOKEN_TO_BE_REPLACED

How to recover mind and body 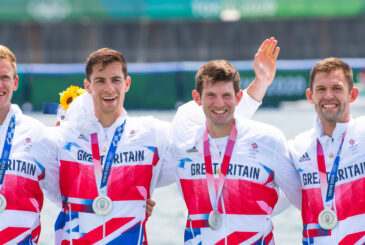