‘Just by showing up to training you are winning. Let’s celebrate that’

Baz Moffat would like to talk to you – but be warned, it might be a slightly uncomfortable conversation. A former GB rower turned women’s health and fitness coach, she’s on a mission to shake up the way we approach women’s health, and she has rowing firmly in her sights.

Baz is no stranger to doing things differently. For a start, she didn’t step into a boat until she began her first graduate job in London. She joined Lea Rowing Club “before it was all jazzed up” and was instantly hooked.

When an opportunity arose to spend a year in Australia at the Regional Institute of Sport, she jumped at the chance. Competing nearly every weekend, it was there that she honed her craft, often learning through mistakes. “I did races where I crossed all six lanes in my steering, and races where I was with an Olympic lightweight sculler going off at rate 50, going, ‘Oh my God, just don’t mess up’!”

Returning to the UK, she gained what she describes as “the last spot” in the GB women’s eight and went on to win medals at the 2007 World Rowing Championships and at World Cups between 2006 and 2008.

“Historically, best practice in sport has been based on male athletes’ performance and needs”

After she retired from rowing, Baz became a personal trainer, but moved into women’s health coaching after two wildly contrasting experiences of childbirth.

“It was one of those moments in life where I realised there’s a power inside females that I’d never been aware of, and I needed to connect that with exercise.”

After specialising in core and pelvic floor health, in 2018 she met two like-minded women, GP Dr Bella Smith and scientist and physiology expert Dr Emma Ross. Together they founded The Well HQ, which provides education to sports teams, coaches and even businesses in all aspect of women’s health.

Historically, best practice in sport has been based on male athletes’ performance and needs, whereas women’s bodies have been seen as a puzzle to solve.

One of the main issues affecting female athletes is menstruation, according to Baz. Women often feel they underperform around the time of their periods, but interestingly, the science doesn’t back this up.

“What can each athlete do, so she can rock up on every single day of her cycle and be the best version of herself?”

“Your menstrual cycle doesn’t compromise your overall ability,” Baz says. “Whatever stage of the cycle you’re at, your VO2 max, your strength, your endurance, everything is the same. However, the lived experience of those hormones fluctuating throughout the cycle means often it’s very difficult for you to tap into your potential.”

The answer, she says, is to bring in flexibility and understanding. This doesn’t mean giving each athlete an individual training programme which, Baz acknowledges, would be unrealistic. But it does mean athletes should be encouraged to track their cycles and to speak openly about the challenges.

“What can each athlete do so she can rock up on every single day of her cycle and be the best version of herself? Does she need a hot water bottle or heat pad? Does she need to be taking painkillers beforehand?”

Or if rowing machine tests are held once every four weeks, so one athlete finds she has her period in every single test week, can the coach consider holding them every three or five weeks instead?

Baz is alarmed by the number of women and girls losing their period through relative energy deficiency or REDs.

“It’s a vital sign of health, but it’s often perceived as a sign of commitment and training if you lose it and it’s very accepted, even in rowing. So, let’s get every girl having a cycle, and a manageable cycle.”

When it comes to hormonal contraception, she says: “Some contraceptives pills impact your strength and also can impact mood.”

Despite this, many women stay on the same form of hormonal contraception for years without questioning whether it’s still right for them. Get educated, be curious, says Baz, recommending the website The Lowdown, for information about the different types available.

When it comes to pregnancy and childbirth, Baz says rowers can be excessively goal-orientated, often setting themselves unrealistic targets.

“Rowers love control, don’t they? They’ll say, ‘I’m going to train until I’m 37 weeks’ pregnant’, or, ‘I’ve entered an Ironman 12 weeks post-natally.’ My advice is to be positive, but not to decide what’s going to happen.”

“There’s a really long way to go in terms of having coaches that understand this life stage because the pathway is junior to elite. When we get to 40-plus our connective tissue isn’t as strong. We need programmes that stop us getting injured. You can’t just do 50% or 60% of a junior programme – you need brand new stuff in there.”

Exercise is “really, really key” to managing symptoms at this stage, but Baz acknowledges that life is hard for many women during the perimenopause and menopause.

“Just by showing up to training you are winning. Let’s celebrate that. That doesn’t mean don’t be ambitious, but just acknowledge that this is tough.” Strength training is particularly important, but this should be ‘proper strength training’ – no tiny pink dumbbells!

The one thing that applies equally to all women, at all stages, is the pelvic floor, which is “the most taboo topic in women’s health” in her experience. “It should be strong enough to keep you dry, whatever you’re asking your body to do. Ninety per cent of pelvic floor issues can be fixed really easily just by understanding your bowel and your bladder and by doing some exercises correctly.”

One of the main obstacles to optimising women’s health in sport is embarrassment, especially when so many coaches are male. Baz suggests that they don’t jump straight in with conversations that will leave everyone feeling awkward. Issues around female health can be very effectively addressed, at least initially, in posters, newsletters and emails.

Things have come a long way since Baz was on the GB squad, when detailed attention would be given to boat mechanics to achieve marginal gains, but the basic functions of the female rowers’ bodies were overlooked. More far-sighted clubs such as Leander have sent their coaches on The Well HQ’s practitioner course, and Baz has been working with British Rowing’s World Class Start programme.

Although there’s still a long road to travel, Baz is hopeful that our sport is changing for the better. “I fundamentally believe that health and performance can sit alongside each other.”

And if anyone can make that happen, Baz can.

For more information about courses and membership of The Well’s online community, go to The Well HQ’s website.

END_OF_DOCUMENT_TOKEN_TO_BE_REPLACED

An award-winning writer, Patricia Carswell is a late-onset, pint-sized rower with a burning passion for a sport that doesn't always love her back. She shares the highs and lows, the joys and frustrations, the frequent losses and the occasional wins on her blog, Girl on the River, and now here at Life on the River.

All articles by Patricia Carswell 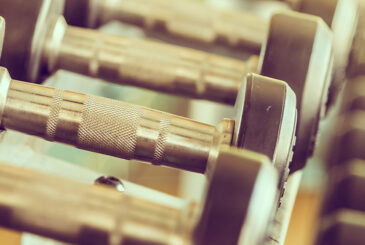 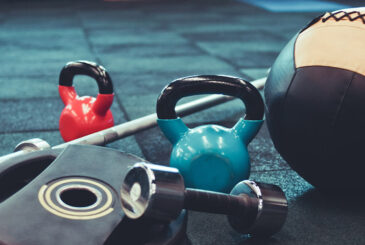 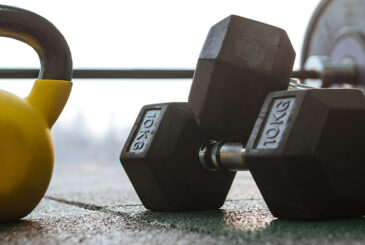 Everything you want to know about resistance training 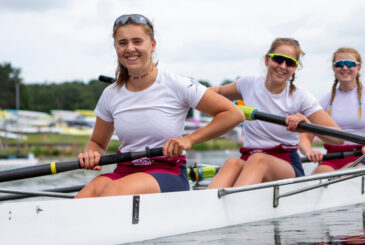 Is your team high-risk or high-performing? 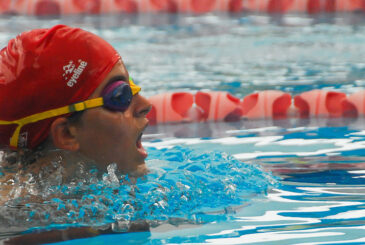 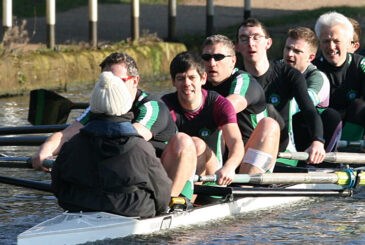 ‘Everyone trains hard, but not everyone recovers hard’ 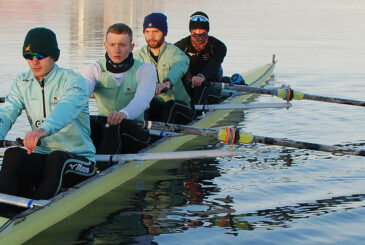