The London Paralympics was an amazing celebration of sport and changed the way that people viewed disabled sport, perhaps for ever. One of Britain’s key hopes for gold in those Games was the mixed coxed four. Pam Relph won a hard-fought selection battle to sit in the bow seat of that boat. Together with her crew, she had to put her body on the line in an effort to beat her opposition in London, particularly the German four. Things did not always go well for the British boat.

“I wasn’t always going to be a rower. I joined the army when I was 16, as I was trying to become an engineering officer in the Royal Engineers. So, I joined the military and went through their selection process, and just prior to attending Sandhurst for officer training I was medically discharged because of my psoriatic arthritis, which is my condition that I classified with for the Paralympics.

END_OF_DOCUMENT_TOKEN_TO_BE_REPLACED 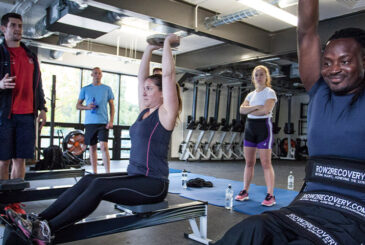