With the National Schools’ Regatta less than 24 hours away, we teamed up with Junior Rowing News to provide your pre-weekend download on the runners and riders to watch for this year’s event. After over a year away from racing for some crews, relatively little is known about the strength of many programs, meaning the competition promises to throw up some truly remarkable results.

Women’s single sculls consistently brings our nation’s future athletes to the forefront of domestic competition. Tideway Scullers are a leading club for future talent, as I’m sure is the case with Emilia Regan, with impressive sculling victories in top events at Pairs Head and Weybridge Silver Sculls already this season. As mirrored from the Championship Men’s Singles, Hartpury have put forward Poppy Shipley, who alike to Woolnough is a 2x British Indoor Champion and 2019 NSR finalist.

The most mentally gruelling event is sure to live up to its infamous reputation, despite a smaller entry pool at 23. Of course, the Championships singles hosts some household names: the Hartpury sculler Fergus Woolnough, a 2x British indoor champion and Henley Qualifier, will surely pose massive competition for rivals. Ed Fuller of Exeter Rowing Club brings years of national level victory and an RP3 British record to the field.

With only 10 entries, expect fierce racing in this tightly-contested category. Traditionally a hunting ground for the big schools, 2021 sees the likes of Aberdeen, Ardingly and Marlow Rowing Clubs all potentially challening for a medal position. We have to note King’s School Worcester’s exciting combination of Thorp and Baker, the latter of whom holds British Concept 2 records over the 1 hour and 6000m, as well as Headington’s Forkun and Hong, the school’s only sweep boat across the NSR program.

The field for this year’s Championship Boy’s Pair seems to be missing a few regulars, presumably in place of some wild card competition, where seven boats will attack a single race. I was intrigued by the Monmouth School boat club combination, stroked by Wynter, himself a current NSR silver medallist, in addition to the Radnor House School boat of Adams and Skaane, both of whom achieved top-four finishes in their respective events at NSR 2019

The draw of 43 crews shows a tough field, however notably reigning victors Hartpury, who won the event in 2019, enter with their top women’s crew of the regatta, as well as the Peterborough boat of Drake-Lee and Bolton, both of whom are GB Start athletes.

Similarly to the woman’s equivalent, the Fox Tankard is an extremely inclusive event, which will certainly not be lacking in speed. As with all things 2021, not much is known about the field but we can ascertain that Tideway Scullers have exceptional depth in their squad, so have surely entered a promising outfit, although challenge will be provided by the Nottingham County crew, who have noticed a marked rise in their stock in recent years.

With only seven entries in play, I am looking forward to seeing the unit from Glasgow Academy RC, who boast high-performing GB trialists and a legacy of international representation. They will be pushed hard by Fours-Head victors Tideway Scullers.

As a mirror to the Championship Eights, the Royal Engineer Cup provides opportunity for schools to bolster the depth of their athlete pool, in what is the most renowned of British boat classes. Despite an entry pool of 7, perennial podium-occupiers St Pauls will be looking to repeat their 2019 triumph against record-holders Hampton School, who’s 1999 contingent hold the longest-standing record at the regatta.

No quarter given or received in the bumper 39-boat entry, where several big names have boated a top quad instead of an eight. The formidable talents of Headington and Henley will compete once more for a place atop the podium but their efforts may be threatened by Rhona McCallum’s outfit from Tideway Scullers, a crew which features the revered Zoe Scheske, or perhaps Trentham RC, who boast indoor world champion and record holder Meg Knight.

One may think with only 9 entrants into the Aylings Challenge Cup, the end result would be certain, but with the unpredictable nature of schoolgirl rowing, it’s all to play for in this prestigious event. Current holders Lady Eleanor Holles School bring an experienced outfit to protect the trophy they collected in 2019 (including seasoned athletes Hannah Supple and Margo Bellamy) but Canford and the consistently excellent Latymer may be advantaged by an earlier return post-lockdown. As always, Henley will likely feature at the sharp end of proceedings.

The domestic blue-riband event for junior men sees the usual suspects return after an enforced and prolonged break from racing. Eyes will likely take note of traditional forerunners, such as current holders St Pauls, assuredly hoping to tally a 4th consecutive win, or perhaps hosts and present Princess Elizabeth Challenge Cup holders Eton. It would be foolish to not also consider Dave Currie’s outfit at Shiplake, who we’ve seen better themselves year upon year, or maybe King’s School Wimbledon, who showed a rapid campaign in 2020, untimely cut short by lockdown.

For a full breakdown on all the categories featuring this weekend, head over to Junior Rowing News and enjoy their previews, features and podcast episode on what promises to be a remarkable two days of rowing.

END_OF_DOCUMENT_TOKEN_TO_BE_REPLACED

Unlimited access to the latest articles, workouts and advice from the names you know and love. 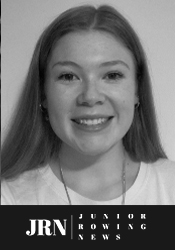 Rachel started rowing when she was just 10 at Evesham Rowing Club, where she stayed in the junior club circuit, until transitioning to a performance programme at Wycliffe College at the beginning of her J16 year. After over five years of competitive rowing, she joined the JRN opinions team for the 2020/2021 season.

All articles by Rachel Egan 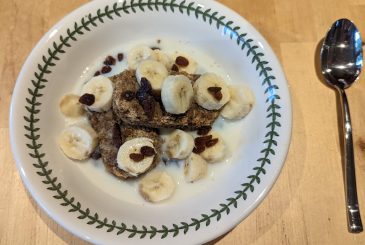 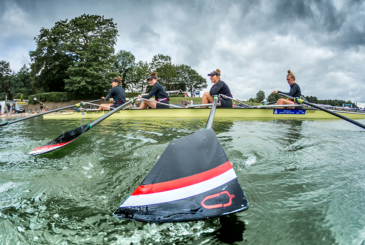 British Rowing Junior Champs – what do we expect for 2022? 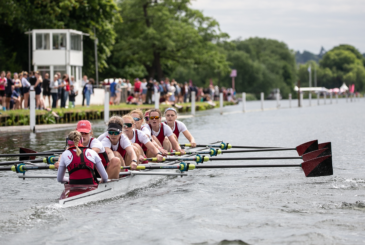